Teo Davidov was born on the 26th of August 2010 in Sofia, Bulgaria. He moved to Colorado with his parents when he was one and a half years old. Teo started his first tennis attempts when he was two and a half years old, swinging at a ball hung on a cord from the ceiling. Teo started practicing on a tennis court when he was 3. At four and a half Teo and his father became part of Colorado Athletic Club Monaco, where Teo started training and his Dad started coaching classes part time. Since then Teo has been practicing twice a day year round. The only days off for him are those devoted to skiing. At 5 Teo started competing in the 10 and under division. At 7 he won both the singles and doubles titles of the “Little Mo International “ in Palm Beach Gardens, Florida, 8 and under, considered the biggest event in that age group. Currently Teo plays 12 and under national tournaments in the U.S. and 14 and under local tournaments in Colorado.

Besides tennis Teo likes skiing, biking, roller blading and swimming. He does daily offcourt fitness training also, consisting of speed and agility training, bodyweight training and weightlifting. Teo is vegetarian and consumes primarily home-cooked, organic food. He has a short daily yoga practice consisting of mantras, basic asanas and pranayamas. His mother does regular massage therapy on him for prehabilitation and recovery, while his father does his
acupuncture and herbal therapy if needed.

Teo is a very outgoing, social and funny boy. He enjoys being with friends. He loves all the animals but is totally obsessed with all snakes and serpents. He likes reading about them, learning, watching. As a matter of fact, at his first sectional tournament when he was 6, he caught a snake near the tennis courts to make sure it would not be hurt and then released it further away in the fields.

Currently Teo works on developing ambidextrous skills in tennis and mental toughness. The technical goal is to achieve total balance on both left and right side and be able to play all the shots in the game with either left or right arm. However, the ultimate goal is to use the tennis training as a form of personal growth and yoga and uplift his own life as well as the lives of everyone around him! 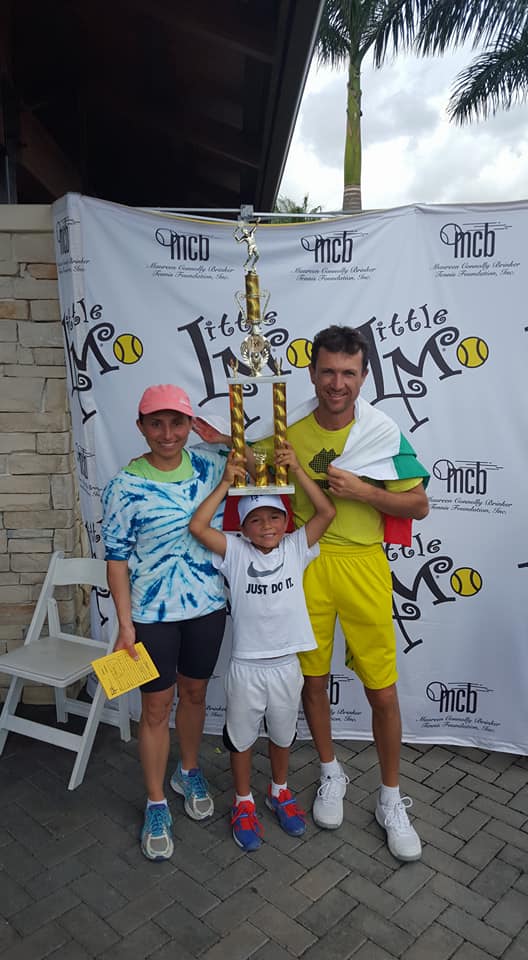